Toe impact protection from falling objects up to the force of 200 Joules.

Sole penetration resistance of 1100 Newton (for shoes with steel midsoles only), and have been tested and certified against the following standards:
EN ISO 20345:2004

The Indonesian National Standard (SNI) benchmarks itself on EN standards but branches out to specifically include standards for footwear with Vulcanized Rubber Outsoles. 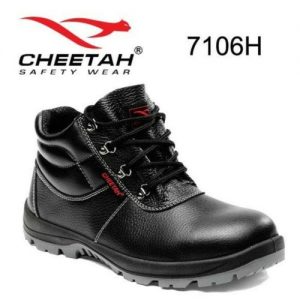